While Hilary Clinton’s close connections to Hollywood would on the surface make it seem unlikely that she would support a Supreme Court nominee so hostile to the interests of creators, she seems awfully close to Eric Schmidt CEO of Alphabet/Google.  And the admiration is mutual, Eric Schmidt is backing the Hilary campaign with a massive data operation.  As QZ reports:

“An under-the-radar startup funded by billionaire Eric Schmidt has become a major technology vendor for Hillary Clinton’s presidential campaign, underscoring the bonds between Silicon Valley and Democratic politics.
The Groundwork, according to Democratic campaign operatives and technologists, is part of efforts by Schmidt—the executive chairman of Google parent-company Alphabet—to ensure that Clinton has the engineering talent needed to win the election. And it is one of a series of quiet investments by Schmidt that recognize how modern political campaigns are run, with data analytics and digital outreach as vital ingredients that allow candidates to find, court, and turn out critical voter blocs.”

This is particularly clever as the shadowy organization claims to be a “vendor” of the Clinton campaign, but as the QZ article goes on to suggest the Clinton campaign is essentially being undercharged for these services because an even more shadowy and opaque group “Timshel” is really subsidizing the salaries of the data engineers doing the heavy lifting.

“Schmidt did not respond to several requests for comment. But several Democratic political operatives and technologists, who would only speak anonymously to avoid offending Schmidt and the Clinton campaign, confirmed that the Groundwork is funded at least in part by the Alphabet chairman.”

If this is true, this is an extremely crafty way for Google and Schmidt to disguise what are in effect campaign contributions to the Clinton campaign.   So what better way to pay back Schmidt for his help than to nominate the piracy defending Harvard Law Professor to the Supreme Court?   You think YouTube abuses section 512 of the DMCA now?  Lessig on the Supreme Court would make pretty much anything “Fair Use.” 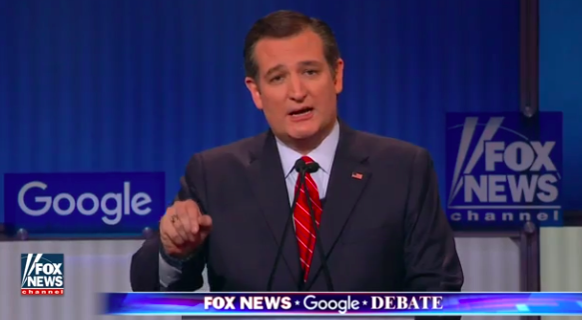 While it seems unlikely that the conservative candidate would nominate a progressive Democrat for Supreme Court,  remember Ted Cruz lobbied on behalf of Google in an Texas Anti-Trust investigation.  As Yahoo News reported in  March of last year:

“Facing the threat of an antitrust lawsuit from the state attorney general, Google hired Cruz to represent its interests before the agency where Cruz himself had worked just over two years earlier and where his mentor, Abbott, still called the shots. The future political star met with a top Abbott deputy on Google’s behalf in August 2010, and Cruz then accompanied a team of antitrust lawyers from Google and a Palo Alto, Calif.-based law firm to three additional meetings at the agency, according to a Cruz spokesman and visitors’ logs for the Texas attorney general’s office.” 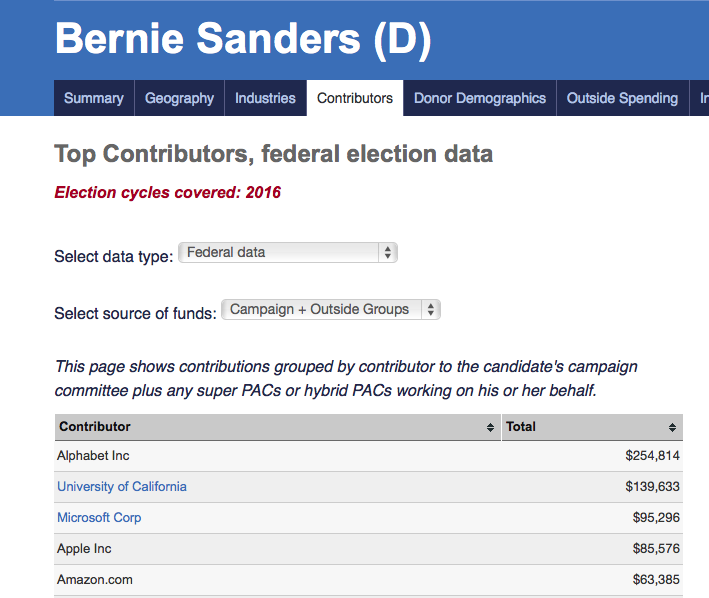 Bernie Sanders.   Democratic Socialist?  That seems like he would be good for the rights of the little gal/guy right?   I mean surely a progressive like Sanders would see copyright for what it is: an individual right that empowers individual creators and forces large corporations to pay creators for use of their works.   However if he turns out to be anything like his fellow progressives and European Democratic Socialist counterparts he will probably weaken copyright further.  Remember in April of 2015 the UK Green Party came out in favor of greater “sharing” of copyrighted material and limit copyright to 14 years.  The same length copyright was in 1710, when the average lifespan was less than 40 years.  Talk about buggy whips!

The French Socialists challenged the constitutionality of the French anti-piracy law HADOPI.  And the Socialist Party of the USA platform simply states: “We call for the repeal of all existing copyright laws.”

Progressives are fond of proclaiming that many poor Americans seem to vote against their economic interests by supporting conservative candidates.  Less often noted is that something similar happens with progressives and left wing political candidates.  They have a habit of attacking the entertainment industry and robust copyright laws that support these industries.  Funny because the entertainment industry is a largely a unionized industry that overwhelming supports left of center candidates.  Meanwhile many of these same progressive candidates suck up to the libertarians of Silicon Valley. Go figure.

Donald Trump:   A friend of mine refers to Donald Trump as the “Manchurian Candidate.”  This is a reference  to the classic political thriller by Richard Condon, in which an American Korean War hero is actually a communist “sleeper agent.” The point is that Donald Trump and Lawrence Lessig seem to share an extreme ideological flexibility.   They are thus a perfect for each other:

Lessig is a “progressive” candidate that was a law clerk to  Supreme Court Justin Antonin Scalia.

Lessig ran as a “progressive” Democrat for president while his Mayday PAC accepted campaign funds from arch libertarians like Peter Thiel.

Lessig ran as a single issue candidate on campaign finance reform  while accepting massive donations from Silicon Valley to his MayDay PAC.

In a Vanity Fair interview the “progressive” Lessig expressed admiration for Donald Trump and disappointment with Bernie Sanders.

So who do you think is most likely to nominate Lessig for the Supreme Court?