These screen shots appear to show that Kim Dotcom’s Megaupload was selling streaming movies that it did not have the rights to sell.

Megaupload was allegedly paid uploaders per stream from files they uploaded to Megaupload. That is why there were so many links that Google autopopulated Megavideo after you entered Star Wars in the search field.

Then Google estimated that there were 4.3 million web pages that had the words “star wars megavideo” on them.  Legitimate file locker sites like Dropbox, don’t allow any public links to copyrighted content.  In fact Dropbox just banned Boxopus, a torrent tool from using its API.

Megavideo let you play the first 45 minutes of Star Wars and thousands of other movies for free (after they had served you and profited from dozens ads) . . . 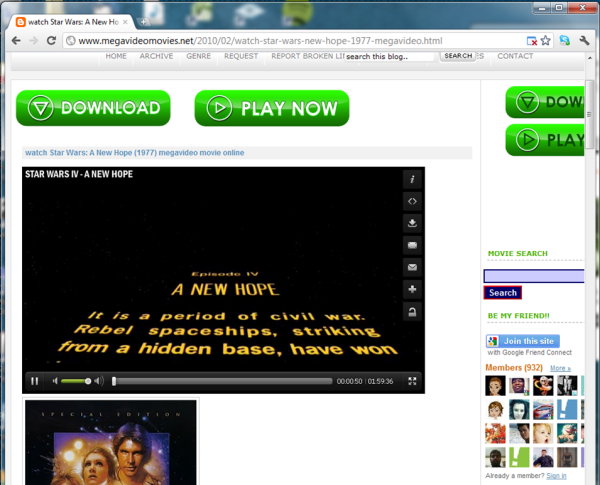 But then, to watch past 45 minutes, you had to enter your credit card and pay $9.99 a month to keep watching. 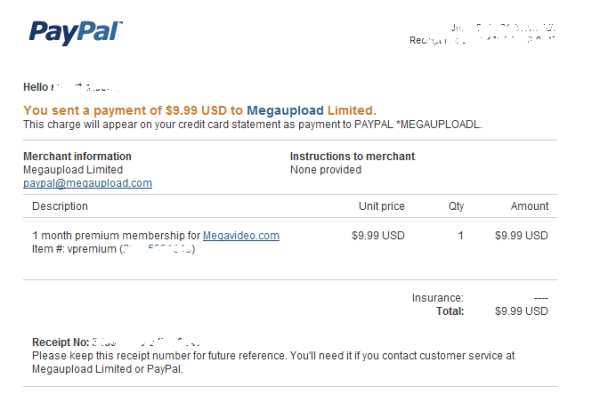 Carpathia Hosting, the CDN that the FBI raided because it was getting paid for caching these illegal movies for Megaupload.  Here is data from a packet analysis we ran in August 2011.  86% of the first 45 minutes of the Star Wars stream captured above came from IP address 173.245.127.21, who ARIN says is assigned to Carpathia Hosting.