So many of the issues we’ve been talking about for years are finally becoming part of the larger and more mainstream conversations about artists rights and an ethical internet.

Seems like there is a little bit more than a slight draft blowing on house of cards that Silicon Valley has built. Here’s a quick recap.

Pandora CEO Mike McAndrews first started teasing this talking point during an earnings call in October. You can read those comments at Re/Code. But it was the more direct article McAndrew’s authored for Business Insider that really cemented what we’ve been saying all along…

“This gray market is unsustainable. If consumers can legally listen to free on-demand music permanently without converting to paying models, the value of music will continue to spiral downward to the benefit of no one.”

It’s funny how in years past so many in the music and tech communities could not and would not admit to this simple fundamental truth often telling musicians the true value of their platform was “exposure” so artists could “tour and sell t-shirts”. Well it now looks like the wheels have been run off that nonsense for good.

What would be really great is to see Pandora join the fight with artists against Ad-Funded Piracy. Pandora, Spotify, YouTube and every other Ad-Supported music platform must be aware of the fact that the downward pressure from these infringing pirate sites not only diminishes the value of music, but also the value of advertising on legitimate and licensed paltforms.

Taylor Swift, Adele, Beyonce, Prince, Coldplay, The Black Keys, Thom Yorke and other artists have proved that Hits Don’t Need Spotify, but rather Spotify Needs Hits. The Wall Street Journal reports that Spotify is caving in on windowing.

Now, the service is caving in, according to people familiar with the matter.

In private talks, Spotify has told music executives that it is considering allowing some artists to start releasing albums only to its 20 million-plus subscribers, who pay $10 a month, while withholding the music temporarily from its 80 million free users. The company is only interested in withholding albums that can be kept off of other free music sites, such as Alphabet Inc.’s YouTube, for the same amount of time, one of these people said.

This means that Spotify has admitted that it is NOT a discovery medium, it is a retail outlet. Spotify is the digital cut-out bin offering the lowest amount of value to artists. The big problem for Spotify now is who decides who is a lessor or greater artist? Who is going to have that conversation with artists and managers that they are a lessor artist and not worthy of Spotify’s stamp of approval to only be streamed to paying subscribers? Ironically, but predictably the new boss is worse than the old boss.

As with Pandora’s admission about unlimited free streaming being unsustainable, Spotify also recognizes that Ad-Funded Piracy, particularly of the YouTube variety (and mentioned by name) must be managed effectively for windowing to work.

Here’s a shocker. YouTuber’s who create original content through their own investment of time, money and resources are outraged when Facebook users “Freeboot” (aka Pirate) those videos depriving the original creator of the revenue. Hank Green writes a post on Medium that breaks it down.

According to a recent report from Ogilvy and Tubular Labs, of the 1000 most popular Facebook videos of Q1 2015, 725 were stolen re-uploads. Just these 725 “freebooted” videos were responsible for around 17 BILLION views last quarter. This is not insignificant, it’s the vast majority of Facebook’s high volume traffic.

Every argument that has been used against musicians, filmmakers and other creators for using the DMCA to protect their work suddenly takes on new dimensions when the tables are turned.

Larry Lessig had convinced a generation that they we’re being criminalized because musicians were “out of touch” with the “sharing economy”. When musicians issued DMCA notices to YouTube they were vilified, taunted and publicly shamed “Sorry that video is no long available due to a copyright claim by the artist.”

THE DMCA IS NOT A “LICENSE” FOR INFRINGEMENT, COX LOSES SAFE HARBOR IN JURY VERDICT.

Ultimately, the court found the situation to be more complicated than that, with Cox now ruled guilty of both contributory and willful contributory copyright infringement by a federal jury.  The jury award is $25 million, though that probably represents a small prelude to damages that could ultimately push into the hundreds of millions.

There is no turning back from this verdict.

For those of you keeping score at home it is the DMCA abuse that has been used as a shield against copyright infringement liability by the internet and web/tech communities. Many businesses including many ISP’s and content hosting platforms such as YouTube have used the DMCA to build massively profitable businesses that are largely comprised of infringing works, otherwise known as User Pirated Content. That may be about to change thanks to this ruling.

In a recent interview Peter Sunde, the founder of The Pirate Bay, the flagship of the free culture movement admitted he had failed and was giving up. The most interesting admission by Sunde is at the end of the interview where he echoes what we and other’s have been saying for years.

So, is there like a concrete thing we should focus on? Or do we need to aim for a new way of thinking? A new ideology?

Well, I think the focus needs to be that the internet is exactly the same as society.

There is an excellent open letter in response to Sunde by David Newhoff at The Illusion of More that is well worth reading with a detailed look at why Sunde has failed. But it is Sunde himself who makes the most profound admission.

We have centuries of rule of law for civilized societies that respect and protect individual creators rights in the authorship of their work. The United Nations Universal Declaration of Human Rights, Article 27, part 2 states “Everyone has the right to the protection of the moral and material interests resulting from any scientific, literary or artistic production of which he is the author.”

The greatest irony here is that Sunde set up The Pirate Bay as an attack on capitalism, but he started by attacking artist’s and creator’s moral rights firsts. The paradox of “pirate logic” expands when one recognizes that The Pirate Bay was said to be making over four million dollars year. Yeah, that’s the way to fight capitalism, attack the ability for artists to survive and pocket four million a year. We couldn’t make this up if we tried.

There is a lot of work to be done, however these admissions set the framework for the future of these conversations going forward. 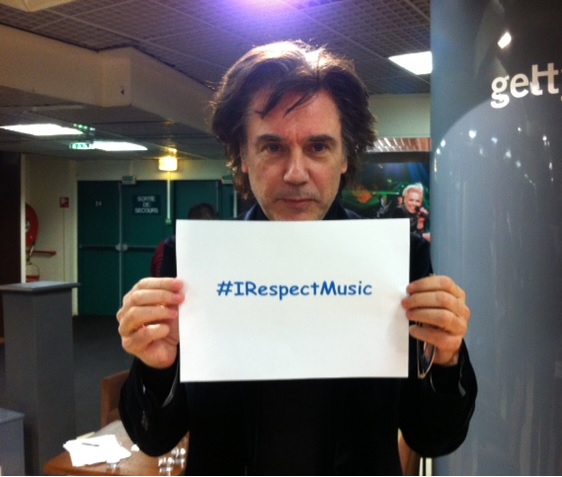 [NOTE : THIS ARTICLE WAS UPDATED ON SATURDAY DEC 19 TO ADD THE PARAGRAPH ABOUT COX COMMUNICATIONS]

The Pirate Bay’s Peter Sunde has recently stated he’s given up. His interview can be read here. David Newhoff at the Illusion Of More responds to Sunde in a brilliant open letter that is required reading.

This is what comes of evangelizing the idea that it’s okay to exploit other people’s investment of real labor and real capital in goods and services that would otherwise have regenerative value. And exploiting these types of investments is precisely what you and your colleagues did with The Pirate Bay.

At least part of the Internet you don’t like is what comes of preaching to a whole generation that they can have whatever they want, free of charge, as long as it’s just a mouse click away.  And indeed, we are lately seeing the wheels come off that naive (and frankly predatory) idea. As the leaders of Pandora and Spotify begin to see that “freemium” isn’t a business model; as Facebook’s video service “freeboots” the promised ad-share value out of the pockets of YouTube creators; and as the global network of pirate sites is revealed to be a malware-infested and sophisticated black market that preys on individual consumers, you seem to have missed the point, Peter. The “fight” you lost is not with the MPAA and the principles of real capitalism—but with the unfettered greed you helped foster on the Internet you asked for.

READ THE ENTIRE POST AT THE ILLUSION OF MORE:
http://illusionofmore.com/an-open-response-to-peter-sunde/

This interview is fascinating on so many levels and deserving of it’s own in depth post to explore Sunde’s comments.  Here is just a teaser…

What is it exactly that you have given up?

Well, I have given up the idea that we can win this fight for the internet.

The situation is not going to be any different, because apparently that is something people are not interested in fixing. Or we can’t get people to care enough. Maybe it’s a mixture, but this is kind of the situation we are in, so its useless to do anything about it.

We have become somehow the Black Knight from Monty Python’s Holy Grail. We have maybe half of our head left and we are still fighting, we still think we have a chance of winning this battle.

So what can people do to change this?

One of the founders of file-sharing website Pirate Bay has been arrested in southern Sweden to serve an outstanding sentence for copyright violations after being on the run for nearly two years, Swedish police have said.

READ THE FULL STORY AT THE GUARDIAN UK:
http://www.theguardian.com/technology/2014/may/31/pirate-bay-found-arrested-after-two-years-on-the-run