Guest Post by Robert Rial of the band www.bakelite78.com. (Posted by permission, copyright in the author.)

I just read David Lowery’s Letter to Emily White, got righteously indignant and wanted to rant, so…

My Seattle band Bakelite 78 is not mainstream.  Our genre, which I’ll just call Gothic-Cabaret-Infused-Jazz/Americana, is a bit esoteric, perhaps. We are unsigned, we have no agent or manager, are trying the D.I.Y. thing, have paid for three albums ourselves out of pocket, pooling band income, and I have put in my personal money on occasions.

Our recent album “What The Moon Has Done” had received some good reviews locally, airplay on KCBS, and we were keen on trying to get some exposure with new markets.  So we decided to pay an inordinately large sum (almost enough to record the next album) for an online [REDACTED COMPANY] publicity campaign for the 12 weeks surrounding the release and CD Release Party, to attempt to get the attention of the Inter-Web-Blogosphere.

It was a huge expense and we were hoping for massive exposure and to reap a bunch of downloads/CD Baby sales.  We did get play on some internet radio stations, and interviewed on a couple podcasts.  But the more I understood what was going on, the more pissed off I was getting.  On a lot of the sites, I had to forego my rights as a songwriter, composer, and musician, and allow the internet radio station or podcast in question to play my music and not compensate my BMI blanket publishing entity for each song played.  Apparently the rules have changed and it is supposedly in my best interest to bend over and give my shit away if I ever want anyone to like it enough to buy it.  But the problem is they don’t buy it.  So we were on these blogs/webcasts/internet radio stations.  How many people actually listened?  How effective was an online publicity approach?

After our well attended CD Release Party at Columbia City Theater, and the [REDACTED COMPANY] campaign concluded, we sat back and waited for the online sales.  And after all the time and money we spent on studio time, mixing/mastering, design/layout, replication, and [REDACTED COMPANY] publicity, sales did not allow even a small recoupment of our investment.  I know we don’t suck that bad.

The model is designed to take all the money from musicians while giving them almost nothing back.

For instance, in addition to the [REDACTED COMPANY] campaign, we had been paying online elsewhere on sites like Sonicbids and Reverb Nation, to submit our electronic press kit to potential venues and festivals (to no avail), and to place Facebook advertisements to get more “Likes”.  None of this crap had enough effect.  And I found myself more broke, not on tour, sitting in front of this macbook more and more, instead of playing my tenor banjo, or listening to some old Emmett Miller 78 r.p.m. record, or going out to a show, or being a member of the real community, the real world, the real scene.  My creativity and focus wasted, burning my retinas, to try to do what?

Blow up the internet.  Let’s go back to the old form of PAYOLA.

[EDITORS NOTE: You can listen 90 seconds of all of the songs, and buy the album here at iTunes.] 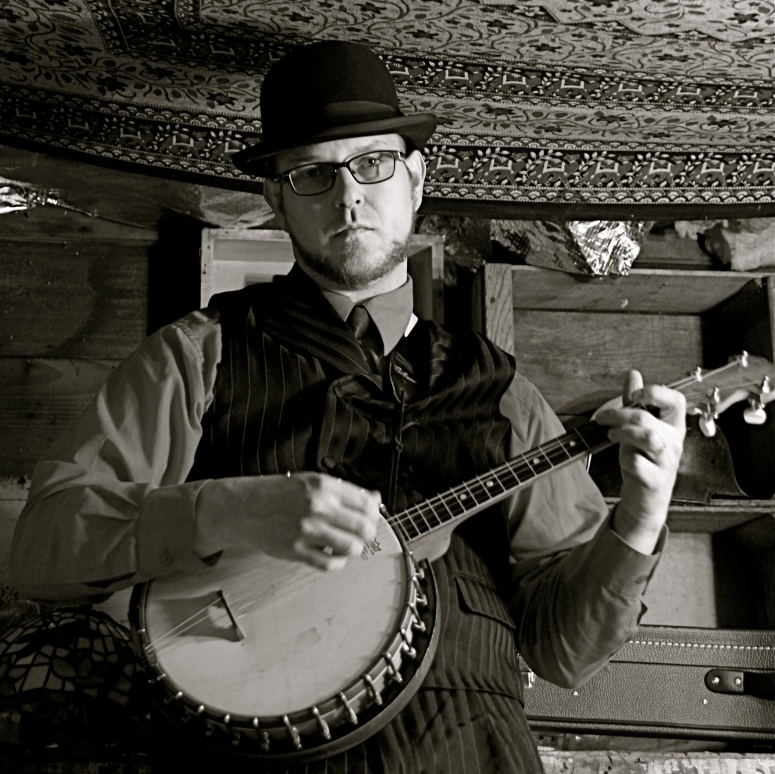