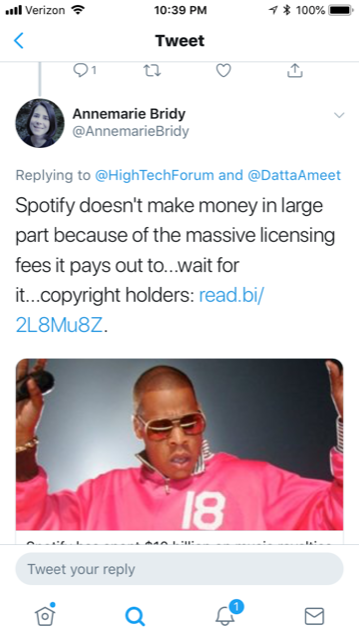 By “copyright holders” Prof Annemarie Bridy means musicians and songwriters. Prof Bridy attitude is typical of IP law profs.  Aw, poor streaming services can’t make money because they have to pay the producers of the only product they sell! Capitalism is sooooo hard!!

Kiss up Kick down:  IP law profs love the loophole that benefits  a handful of billionaires. Musicians? Not so much.

I’ve been musing on this for months now.  Every since I saw the “42 IP law professors” letter opposing the closure of the pre-1972 digital royalty loophole I thought “Really? how can intelligent people be FOR keeping a ridiculous loophole in place that only benefits a handful of billionaires?”

The Pre-1972 loophole is perhaps the ugliest recent episode in a very ugly history of copyright malfeasance by tech companies and digital broadcasters. In 2012 two companies, Pandora and Sirius XM unilaterally decided there was a loophole in federal law that allowed them to skip royalties to artists recorded before 1972 (the year sound recording copyrights were federalized). Other companies soon followed. Up until then it was the commonly held view that these digital royalties were required for state AND federal copyrights and folks like Aretha Franklin were paid for performances of RESPECT. In fact Apple and many other companies continue to pay these royalties. 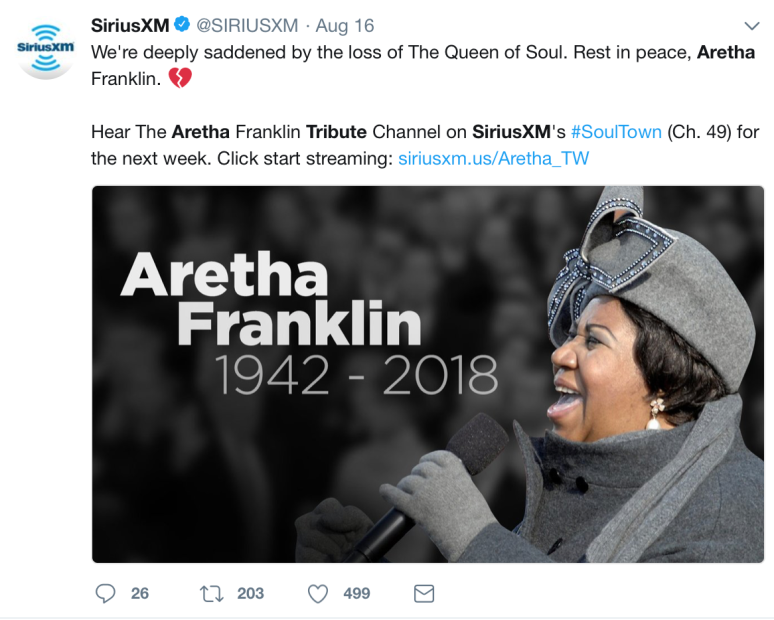 Needless to say, lawsuits resulted and are slowly winding their way through courts. One day they may settle the issue. But in the meantime American Icons like Franklin have passed away without being paid those royalties. Yet the very same multi-billion dollar digital companies who cheated those performers on their death beds, will gladly pay tribute to them with specials and playlists. Think of the advertising dollars.  And not a penny goes to their estates.  Shameless.

The house of representatives recognizing an obvious injustice created The Classics Act to fix this bill. It was rolled into the omnibus Music Modernization Act and passed the house unanimously.  When it got to the Senate trouble started.

That’s where the 42 IP law professors come in. Now lets give them the benefit of the doubt first. The lP law professors on the surface would seem to have reasonable arguments that point out technical issues with the bill. However two things quickly became apparent.

1). There arguments were misleading and in some cases completely wrong. Other IP scholars began to debunk their arguments.  Here is a good one from law prof Matthew Barblan at George Mason University.

2) The subsequent public statements of many of these professors seemed to indicate they think artists don’t deserve to be paid. The technical legal arguments were cover for pure regressive anti worker anti artists hostility. Oh and did I mention that at least 15 of them were funded directly or indirectly by Google?

The common argument they began to advance was that fixing the loophole would be a “windfall” to these legacy artists.

Let’s get this straight. So you get paid by your boss until 2012. Right?  Then your boss stops paying you when under the law she should pay you. Congress steps in and proposes a bill that forces your boss to pay you.  In the framing these law professors propose hat would be a “windfall.”

What fucking amoral shithole planet do these folks live on?

42 IP Law Profs on average make tax subsidized $189,000 a year but musicians are paid too much? Especially dead ones!

I guess Tushnet’s theory was if she dressed up a tasteless insult in prose maybe no one would notice a pompous white Harvard professor was making fun of a recently departed African American woman. Harvard: Making America Pompous Again.

But as of late their arguments have gotten even more harsh  And I think it’s time we just throw this crap back it in their faces.  Are IP law profs paid too much? Are they receiving “windfalls” from US taxpayers?

I went through public records for the public universities and then used Glassdoor estimates for private universities.  These estimates are imperfect.  But if you take the 42 law professors on the list it’s pretty reasonable to conclude they are making on average $189,000 a year. Many of these professors also do outside work.  Let’s not forget universities have some of the best health and pension benefits for employees. Then consider the work hours?  A full professor generally only teaches a couple course a year.  How many hours a year do you think one of these law profs works?

A recent Princeton study showed musicians made on average $21,300 a year.  Now how many hours a year you think a musician works?

Do you think a single one of these ivory tower dwellers could survive a single week on the road?  “Oh no we might have to talk to a truck driver or convenience store clerk in western Nebraska!”

And yet virtually to a person these law profs twitter feeds are filled with vague progressive sentiments and slogans for the #resistance.   Fauxgressives. Corporate sellouts. Rent-a-profs.  Cause you can.   The letter itself was written by Google lawyer and they signed it.

Here are the professors.  See them on twitter or facebook?  Make them explain their opposition to closing the pre-1972 loophole. It only benefits a few white digital billionaires but will disproportionately harming performers of color.  Make them address that. Time to make these folks take responsibility for their actions.

Melissa B. Alexander
University of Wyoming College of Law

John R. Allison
McCombs School of Business at The University of Texas at Austin

Stacey Lantagne
The University of Mississippi School of Law

Mike Mireles
University of the Pacific, McGeorge School of Law