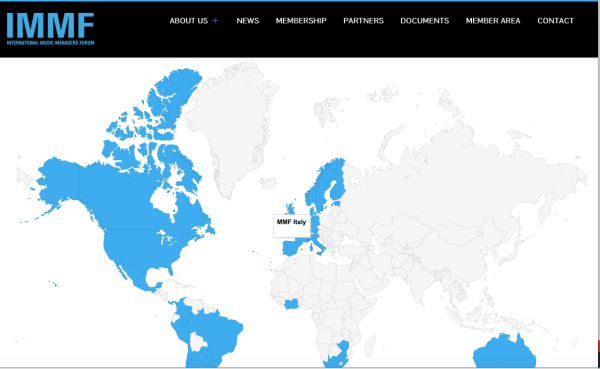 This is important because MMF and FAC have been  strong advocates for Spotify and its low paying ad supported free tier. Further many artists feel betrayed that MMF/FAC hosted a series of “informational” meetings with Spotify while apparently taking money from Spotify.   It’s not a good look for the (formerly) well respected institutions.

Naturally  in the wake of this revelation we received communications indicating that certain members of the IMMF were not happy with this news, and seemed to want to distance themselves from the MMF.

Fair enough.  So we looked into the IMMF to see what they are about.  What we found is just as ugly:

1) The IMMF is a member of  Copyright 4 Creativity. Other members include the artist-hostile-anti-copyright-Google-funded EFF as well as the CCIA and CDT.

2) The Executive Coordinator of  Copyright 4 Creativity is Clara De Cook.  She also appears to be the lobbyist for Google in the EU.

3) The IMMF is a signatory to the Copyright 4 Creativity manifesto which contains this clause:

Uh… except that’s not the kind of  monopoly they are talking about.  They are talking about YOUR individual rights as a monopoly!! Specifically your copyright “monopoly” over your songs and sound recordings, which is the same kind of “monopoly” you have over your guitar, your car, your house or your body, not an anti-competitive monopoly.   “Regulating” means taking away your right to decide how your sound recordings and songs are exploited in the online environment and at what price.   Implicit is the government would somehow set the rates and uses.

What could possibly go wrong?  The big internet companies would never out lobby and out spend us in Washington and force us to take rates we’d never agree to in a free market!  That would never happen!  Right?  (See Pandora Media.)

4)  The Copyright 4 Creativity Manifesto which is endorsed by the IMMF  contains cute little graphics like this cartoon:

This is some real intelligent thoughtful stuff here.   Next manifesto maybe they should try using only decade old internet memes.  And BTW the last frame to be accurate should read:

“Lawsuits! When the artist figures out the manager stole his copyrights”

Not cool at all.  But it’s really no surprise.  Sleazy managers ripping off artists? Again?

Same as it ever was.

2 thoughts on “IMMF Is Not MMF: But are they even worse?”