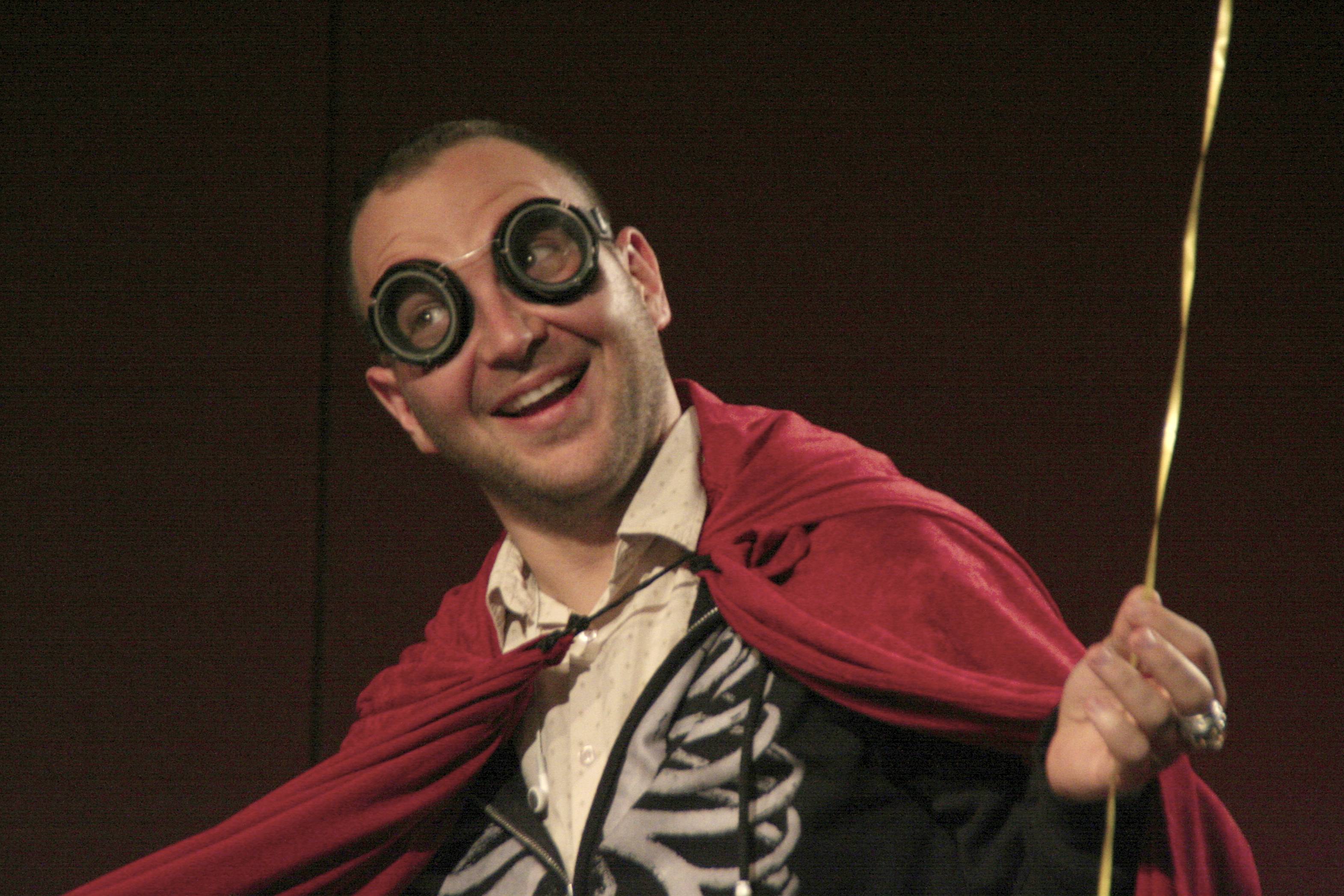 Cyber Fiction: Cory Doctorow and the rest of EFF are genuinely fighting for the rights of individuals, not to protect the profits of their corporate Silicon Valley benefactors.  Photo Author and Attribution  Ed Schipul under Creative Commons Share Alike 2.0 License.

Cory Doctorow the Canadian science fiction writer, Boing Boing editor, and creepy grown up Disneyland enthusiast, is also a special advisor to the Google funded Electronic Frontier Foundation (the world’s first “progressive” anti-civil rights organization).   One of our colleagues recently noticed this product for sale in the Boing Boing store.  For $9.99 Boing Boing sells software it claims can rip ANY YouTube video presumably even illegally uploaded songs and movies from YouTube.  Yeah sure, we know there are plenty of sketchy websites that allow you to do similar things (and also infect your computer with malware).  But generally these sleazy websites don’t add insult to injury by charging a fee and NOT sharing it with the creators of the work.  Since Boing Boing sells this software in its store it is fair to assume that Boing Boing and hence Doctorow eventually get a cut.  Creators of the music or videos being downloaded?  Nada.

There is also the question of whether the software being sold by Boing Boing simply “records” the YouTube streams (an important legal distinction).   Over the last couple of years we have tested many of the so called “YouTube to MP3 converters “and they appear to simply  host the mp3s/mp4s  themselves, making these services indistinguishable from full blown illegal cyberlocker sites like Hotfile or Megaupload  The conversion from YouTube is completely fake, simply a ruse to hide the fact it’s really a cyberlocker.  The YouTube URL is only used to identify the track and seems intended to act as a MacGuffin for journalists. Reports show the Boing Boing software seems to make the conversion fairly quickly. This is pure speculation but I would wager at least even odds that this software sold by Boing Boing hosts or caches the most popular content on a “friendly” or commercially related server.   But why speculate.  I know we have enough tech savvy  readers out there to test this software.   Is a $100 bounty enough?

It’s bad enough that Google/Youtube (the 2nd wealthiest corporation on the planet” has built a music streaming service on illegally uploaded music. But now we have a Google lapdog seemingly profiting from this decidedly non-progressive activity. You’d think it would bother someone like Doctorow who left the UK simply because a Tory was elected.  But then again aren’t all progressives completely full of shit these days? The old cliche was conservatives shilling for big banks and tobacco companies, now it is the modern progressive shilling for technology companies. Anyway what’s the difference?  It’s the same old crony capitalist pay to play racket, they should all be taken down.

The fact that Doctorow continually dresses up his activities as progressive, vaguely revolutionary or for the benefit of “the public” only makes him more contemptible.

Here’s the software that Boing Boing is gleefully pitching

Here is how it’s described on the Boing Boing website:

“YouTube is a massive video and music library, but its only significant flaw is that you need internet access to use it. Well, not anymore. With Softorino YouTube Converter, you can download and import YouTube videos directly into your iTunes, Mac or iPhone. No Wi-Fi? No problem. It’s as easy as copy and download, and all your favorite content will be readily available on your computer or mobile device in no time.

Import files to iTunes as MP3, MP4, or M4A w/o losing quality
Get automatic clipboard monitoring so you don’t have to paste a link–just copy it
Download from Facebook, Vimeo, Instagram, YouTube & more
Skip the ads when you watch offline
Transfer videos & music to your iPhone, iPad or iPod Touch w/ ease
Watch or listen in high quality 4k, 1080p HD video & 192kb/s music”