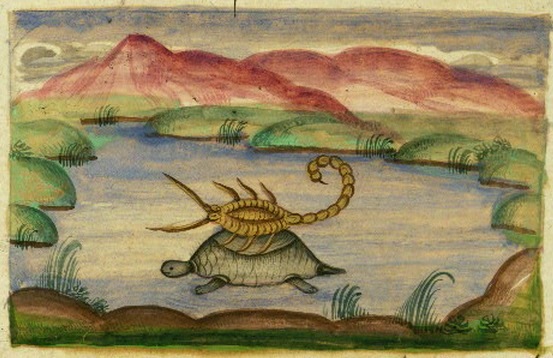 Wikipedia summarizes the fable of the Scorpion and the Frog as follows:

A scorpion asks a frog to carry it across a river. The frog hesitates, afraid of being stung, but the scorpion argues that if it did so, they would both drown. Considering this, the frog agrees, but midway across the river the scorpion does indeed sting the frog, dooming them both. When the frog asks the scorpion why, the scorpion replies that it was in its nature to do so.

Something similar appears to be happening as MMA moves to the Senate. The part of the scorpion is (naturally) being played by DiMA (Spotify, YouTube, Google, Amazon, Apple etc).

As you may have heard the Music Modernization Act passed the house 415-0 vote. Unprecedented.  The show of unanimous support was largely the result of a grand compromise that gave everyone something.  Songwriters, publishers, PROs,  performers, labels, producers and digital services all will see some benefits from the bill.

Something for everyone.  This is how compromises work.

Now it appears that through the use of proxies  and two-faced lobbying DiMA is trying to abrogate the entire compromise by stripping out the Pre-1972 and producer/mixer protections.  There is a little inside baseball that must be explained here.  Public Knowledge is an astroturf organization that appears to uniformly represent the interests of Silicon Valley.  As one former employee remarked to me in 2012 “policy is 100% Google.”  This is evidently true, just look at their policy positions.

Curiously the day after the full MMA passed the house Public Knowledge posted this story advocating stripping out pre-1972 protections from the act:

Now pay attention. Think there is no connection other than the Google funding?

Here is the CEO of DiMA seven weeks earlier (March 7th) retweeting Public Knowledge letter which advocates stripping out elements of MMA that protect pre-1972 performers.  This is not his personal account.  This is the official @CEO-DiMA account.  This is while Christopher Harrison and DiMA are supposedly singing Kumbaya with performers and rights holders.

On top of that we see are told by reliable sources that the  US Representative from Google -oops I mean Mountain View  (Zoe Lofgren) was poised to offer an amendment that would have effectively stripped the MMA of the Pre-1972 protections.  At the last minute she dropped her amendment.  We now see why. There was a plan afoot to strip it out in the Senate.

This clearly was the plan all along:

If this looks like the SESTA House/Senate shenanigans it’s because it is largely the same companies and lobbyists on digital side.

Now that DiMA has been exposed our hope is that those that represent songwriters, performers, producers, labels and publishers direct the same opprobrium at DiMA that they directed towards dissenting rightsholders before the compromise came together.

We’re not sure but we think the above paragraph might be an excerpt from an alternate-reality sci-fi novel based on Lavrenty Beria’s diary.