Looks like Pandora’s anti-gay marriage problem just got  much much bigger.  This is no longer just a Tim Westergren problem.  Looks like it’s a company wide problem. Pandora’s Founder, 2013 CEO and HALF the board of directors donated money to a radical anti-gay congressman from Utah,  Jason Chaffetz.

This looks bigger than the Mozilla scandal. Not just a single executive, this is five key executives and directors. 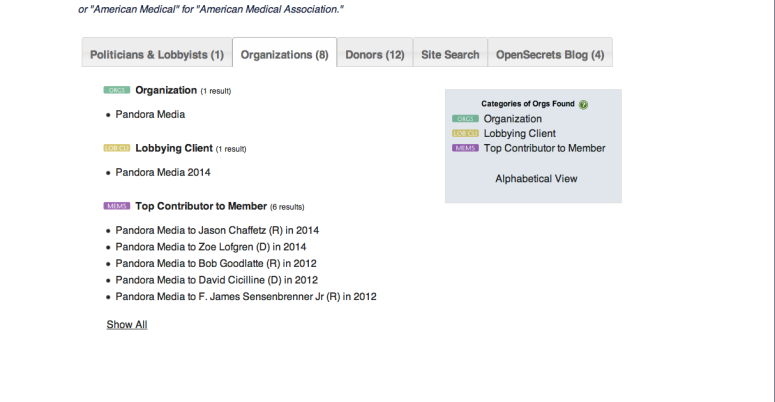 These guys can’t claim they didn’t know this politician’s views as Chaffetz is quite famous for grand standing on this issue.  Among other things Chaffetz is the guy that sought to have the federal government step in and nullify the votes of citizens of Washington DC and have gay marriages banned in the city.  Essentially he wanted to un-marry same sex married couples in Washington DC.

In 2013 CEO Joseph Kennedy donated money to Chaffetz (Kennedy has since stepped down).   Pandora board members Peter Gotcher, David Sze and Westergren also donated money to this demagogue. And tellingly Rena Shapiro Pandora’s political ad director donated to the anti-gay Chaffetz. I think with this many high level Pandora insiders donating money to this candidate it’s a reasonable question to ask whether the company has an anti-gay bias.

And this revelation could not come at a worse time for Pandora.   For Pandora has recently and very publicly embraced Rev Jesse Jacksons PUSH campaign to increase diversity in Silicon Valley. And diversity includes sexual orientation.  Silicon Valley’s brogrammers  are well known for their misogyny and homophobia.   The fact that McAndrews embraced Rev Jackson’s campaign so quickly and readily brings Hamlet  to mind.  The lady doth protest too much, methinks.

CEO Brian McAndrews of Pandora said in his letter to Rev. Jackson, “Thank you for reaching out. We were excited to hear from you because we have been discussing our own path towards transparency and amplifying our efforts around building a more diverse workforce….. We hear your urge for data transparency . . .There is no doubt that knowledge leads to awareness, and to actions.”

Well Mr McAndrews? Here is my contribution to your quest for “transparency.”  The upper management of your company apparently supports a radical anti-gay politician.  What does that say about your attitude towards diversity?

Gentlemen we’d love to hear from you.  So would many of your listeners. 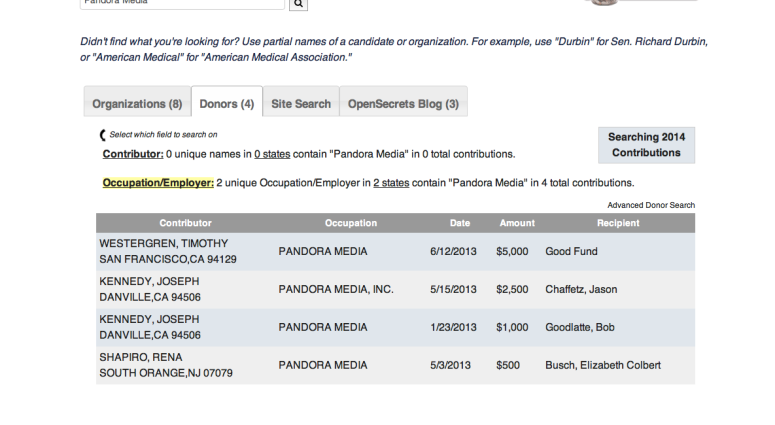