Well if you consider that some of the largest most politically powerful corporations benefit from this process it makes a little more sense.  I’ll name just two: Clear Channel and Google. Pay to play government at its finest.

Before you accuse me of pie-ism (arguing over who gets how much songwriters or performers get of the paltry and shrinking pie) I am not. I’m simply pointing out how irrational it is to have the government setting prices in this day and age.   It is not even clear that the process is constitutional as much of the price setting process has no statutory basis, simply just a “temporary” DOJ consent decree that dates from 1941!!!  How are my rights limited by something that is neither a law passed by Congress nor something to which I agreed?  Remember I wasn’t even born yet in 1941.  Neither were the vast majority of songwriters working today.  This is the craziest thing ever.

The first chart represents the revenue generated by my songs and recordings from  commercial, TV and film licensing deals 2009-2014. 35 deals.  Notice the free market values the song and recording almost equally.  I’ve polled a couple  mid-size indie publishers and they report approximately the same ratio (based on MFN deals).

The second chart shows what happens for streaming,  when the rights to the recording is negotiated in the free market but the songwriter rates are set by the government.   These ratios are the same for virtually every songwriter/performer and don’t apply to just my catalogue.

How does the market value songs compared to recordings? 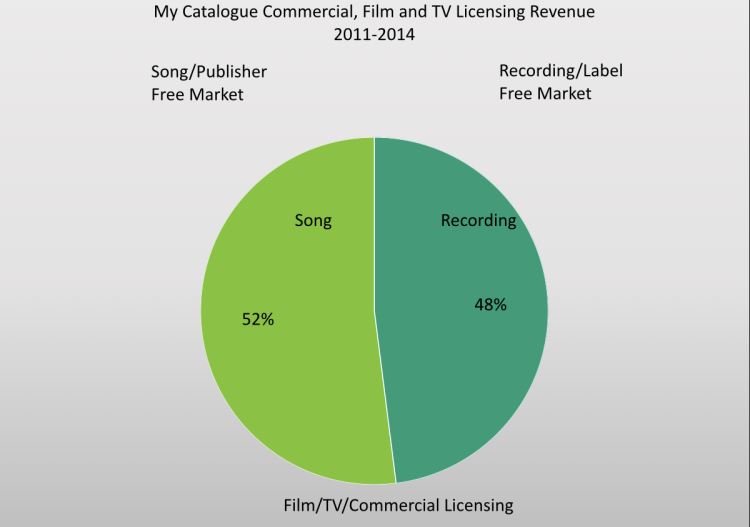 What happens when the government interferes with pricing for songs? 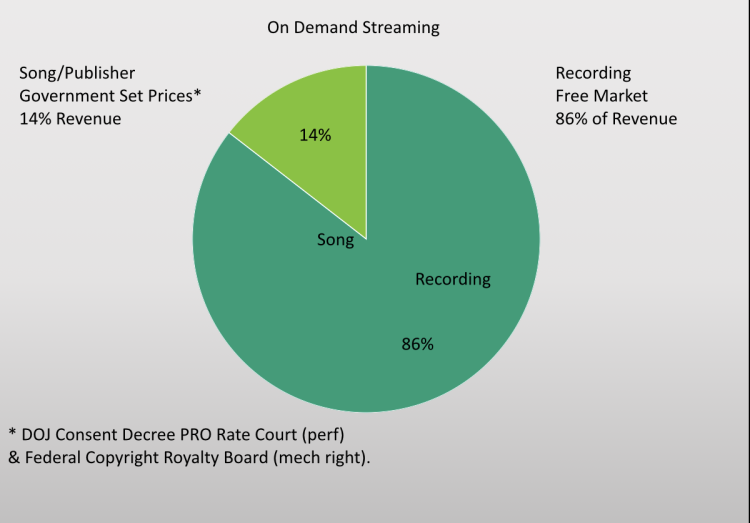 This third chart takes a little effort to explain.  This chart shows what happens for non-interactive streaming (Pandora/Sirius/IHeartRadio etc)  when the rates are set by two totally different government processes.  The rates for my BMI registered songs are set by a single appointed for life federal judge.  The rates for the recordings are set by the Copyright Royalty Board in Washington DC.  The CRB must take in to account “free market” pricing.  But make no mistake it’s government set pricing.  And it’s totally arbitrary and subject to manipulation.

What happens when the government uses two different processes to set prices. One for songs and a different one for recordings. 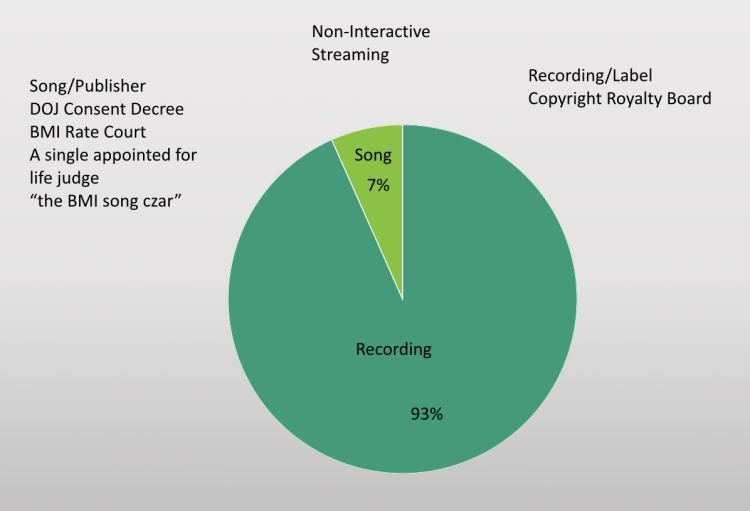