The #irespectmusic team was back on Capitol Hill this week to tell the story of working people supporting artist pay for radio play and the Fair Play, Fair Pay Act.  This time Blake Morgan was joined by Karoline Kramer-Gould, the former music director at WJCU in Cleveland, and met with Members of the House of Representatives on key House committees. 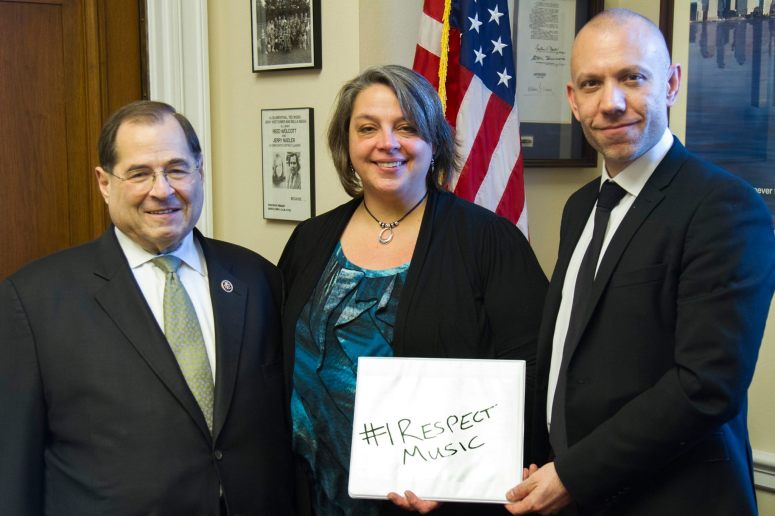 Karoline gave an October 28, 2015 interview to MusicTechPolicy via Huffington Post about her support for Fair Play Fair Pay that went viral.  Karoline left WJCU in December.

Members wanted to hear her tell the other side of the story–working people in radio who silently support artist pay for radio play because they respect artists but who don’t feel comfortable speaking out against the views of their bosses.  (See Karoline’s interview and letter to…