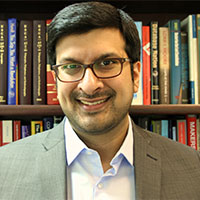 Public Knowledge Policy Counsel Panjwani.  Does Google tell you exactly what to say or do you get to improvise a little? Change a word here and there, come up with the occasional pithy slogan?

Music Business WorldWide has an excellent article today noting that the Google backed Public Knowledge is crowing about “their” victory over music publisher  (songwriters).

This group despises ‘bad behavior’ by music publishers. Guess who funds it?

That’s right Public Knowledge named as a “Google shill” in the Google v Oracle case, is crowing about the fact a former Google lawyer (Renata Hesse)  now in the DOJ rammed through a change to the unconstitutional and repressive consent decrees that clearly benefits Google.

Fortunately they may have gone too far this time.  I believe this now clearly warrants a congressional investigation of  Renata Hesse at the Department of Justice and her connections to former clients and fake public interests groups like Public Knowledge that are funded by her former clients.

This is especially important because the DOJ antitrust division has completely gone off the rails. It is not just failing to do its job it is making matters worse.  DOJ officials  are apparently too stupid (or too corrupt) to realize (or care) that the overbearing and unconscionable consent decrees are not enhancing competition but are having the opposite effect:

I suggest you write your congressional representatives.  In your own words, tell them you are concerned about the appearance of corruption in the Department of Justice antitrust division.  Note that a former Google lawyer now DOJ official Renata Hesse has pushed through a change to the rules that restricts the rights of songwriters while benefitting Google.