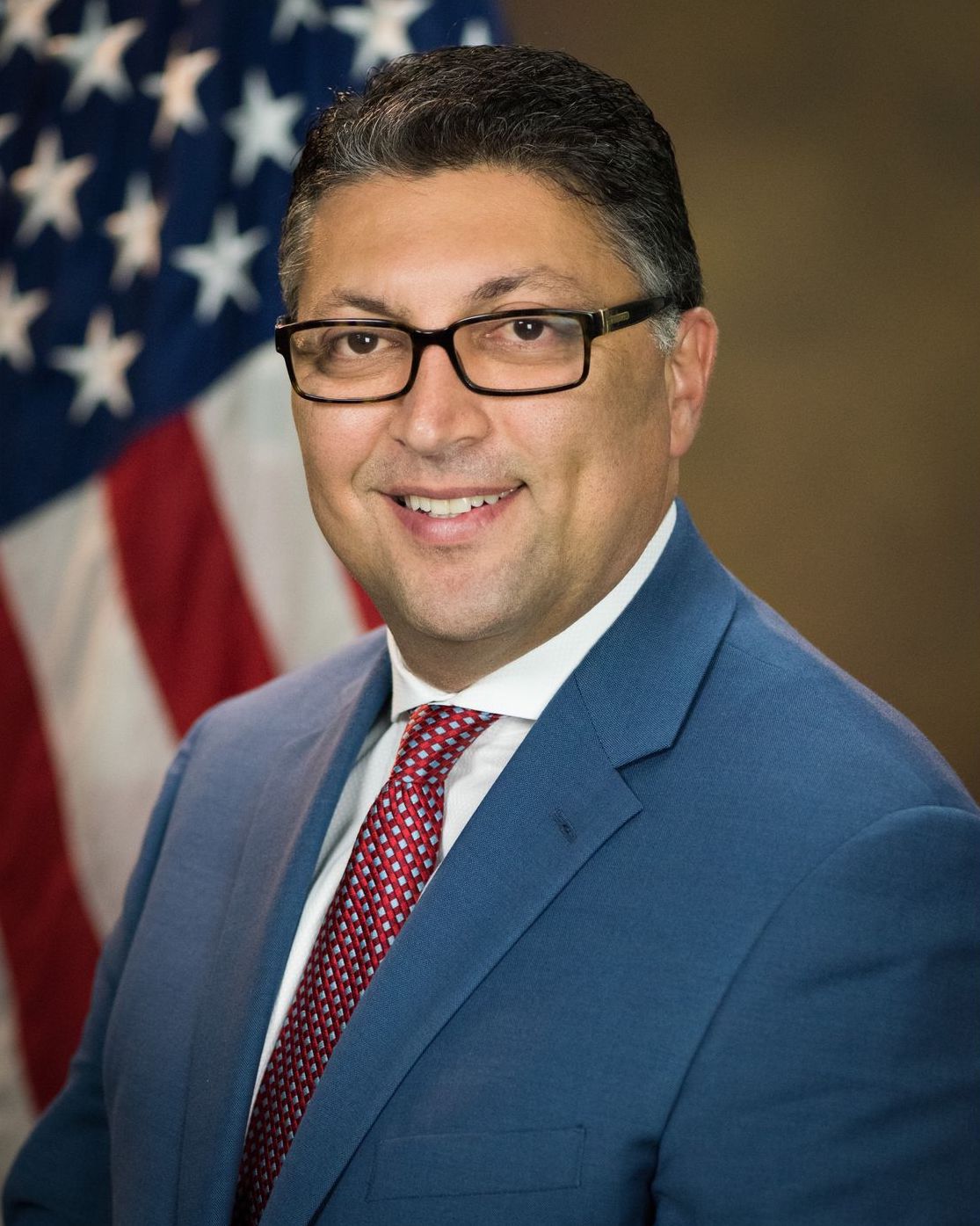 Other than Chris Castle at MusicTechPolicy no one in music business seems to have noticed that the Makan Delrahim the new DOJ antitrust chief is suggesting ending many (if not all) so-called “consent decrees.”  Consent decrees are a kind of regulatory supervision imposed by the DOJ in lieu of prosecuting firms for anti-competitive behavior.  These decrees were originally intended to be temporary. The ASCAP decree was “temporarily” put into effect in 1941.  Over the years many have evolved into  permanent regulatory structures that are likely unconstitutional (they are in effect pseudo legislation).

I have spent considerable time in the last two weeks reading Delrahim’s comments and writings on anti-competition law.  I think the odds are better than even that Delrahim will end the songwriter consent decrees.  I say this because he has long held views against the “regulatory” consent decree approach and prefers “structural remedies” to anticompetitive practices. Second Delrahim specifically cited the ASCAP consent decree as an example of “bad” anti-competition regulation and noted how much the music licensing landscape has changed.  Third, Delrahim seems to have quietly let the 100% licensing requirement for PROs die. Finally, my understanding is he could end the consent decrees with a stroke of his pen.   Odds look good, but I could be wrong.

How badly do the Consent Decrees Distort Income?

As an example, second quarter June 2017 my 40% ownership in the song “Low” earned me performance royalties of  $30.78 cents for 589,553 YouTube streams.  For a 4:36 second song that is over 5 years of music.  So if you listened to music for 5 years straight 24 hours a day on YouTube the performance royalty to all songwriters would be $76.95.  Since no one listens to music 24 hours a day this is clearly decades of music. YouTube is able to exact this usurious royalty rate, because they can simply threaten to not pay it and tie songwriters up (no pay) for years in the DOJ “consent decree” regulatory process. This is essentially what Pandora did a number of years ago.  Surprise surprise, this tends to depress the market value of songs.

What happens without the Consent Decrees?

It is not entirely predictable.  But if you look at the current rates imposed by BMI/ASCAP antitrust rate courts for digital services it is hard to imagine that they would stay this low.  The current system effectively acts as a cap on songwriter pay.  More importantly without the consent decrees BMI and ASCAP would be allowed to  offer additional services.  For instance they could offer not just performance licenses but also “streaming mechanical” licenses. Right now they can not.  While independent songwriters and publishers have had no problem getting paid their performance royalties from streaming services via BMI and ASCAP virtually every independent has had problems collecting the streaming mechanical.  (Hence the class action lawsuits.)

SESAC, the one songwriter PRO not subject to the consent decrees, is able to offer streaming mechanical licenses as well, via its subsidiary HFA.   While HFA has had its share of problems, this approach ultimately could be a much more efficient solution for digital services as well as songwriters.

Is Ending the Consent Decrees for Songwriter Organizations a Radical Proposal?

No. Nothing like the consent decrees for songwriters exist in the rest of the world. In fact the opposite is the norm. Generally songwriters are usually granted exceptions from anti-competition laws.  Many countries allow for performing rights organizations to license streaming mechanicals thus making licensing easier for digital services, songwriters and publishers alike.  Here in the US the Nashville Songwriters Association International and PROs themselves have argued for ending or at least modifying the consent decrees in the manner described.

From the US Copyright Office Music Licensing Report (2015):

There appears to be broad agreement among stakeholders that PROs and other licensing entities should be able to bundle performance rights with reproduction and distribution rights, and potentially other rights, to meet the needs of modern music services. NSAI, for example, opined that “[t]he most efficient path to digital service providers obtaining necessary licenses would be to allow the PRO’s to license and collect mechanical royalties.”

And in 2014 comment to the Copyright Office Spotify itself entertained the idea of PROs issuing mechanical licenses:

“A licensing regime in which public performance rights and mechanical reproduction rights could be obtained from a single source or pursuant to a single license is an interesting idea and could in theory lead to efficiencies.”

James Duffet-Smith Spotify’s then head of licensing ultimately failed to endorse the concept, but clearly his musings indicate it was not “off the table.”

Ending the Consent Decrees Would be Pro-competitive.

A rational phase out of the consent decrees would  be pro-competitive. There are already four PROs in the US.  The only thing that has kept them from competing more effectively on price and services, is that every time the two PROs not under consent decrees (SESAC and GMR)  try to innovate licenses or get higher rates for songwriters they are invariably threatened with consent decrees. Think about it: every time there is a pro-competitive variation in prices or licenses the threat of consent decrees tamps down competition and aligns prices and license terms.  The consent decrees are objectively perverse incentives that limit competition. Also it should be kept in mind that, major music publishers and large independents already license both performance rights and mechanical royalty rights.  There is no lack of competition on the songwriter/rights holder side. Other than a bogus “pre-crime” rationale there is no need for consent decrees to ensure competition.

PROs are Efficient Because they License Repertoires not Individual Songs

Often missed in the debate over mechanical streaming rights and PROS, is that fundamentally performing rights organizations have an efficiency built in. They provide music users and digital services with access to every song in a songwriter’s catalogue.  Old songs, brand new songs and the songs yet to be written.  There is not a need for a service to update their licenses for each new song.  For instance a BMI licenses give a service access to all BMI writers songs (and fractional songs) past, present and future.

What Does this Have to do with the Music Modernization Act?

The main rationale of the MMA is that songwriters “trade” with digital services some future (possible but not guaranteed) improvements in how performance rights are calculated, and in exchange songwriters grant  immunity from lawsuits to streaming services. Now,if the consent decrees go away, there is no “trade” here.  Songwriters get nothing. Publishers do however still get access to the inevitable “blackbox” created in the time between passage of the law and launch of the collective to distribute mechanicals.  Sadly, this I suspect is a motivation for some publishers.

Second the MMA has been “shopped” by publishing and songwriter elites under what now appears to be a false pretense: that the consent decrees will never go away.  This is probably not true.  It strikes me that songwriter organizations, publishers and PROs failed to do their homework on Delrahim.  If you eliminate the consent decrees why would ASCAP or BMI need the MMA?  Especially if you consider that there is nothing stopping the MMA’s proposed  “Mechanical Licensing Collective” could just as easily issue performance licenses.  That is the proposed mechanical licensing collective could swallow ASCAP and BMI.  Also what’s the point in SESAC having the Harry Fox Agency?  How does that compete with the new quango created by the MMA?  Beware of any claim from the PROs that on balance the consent decrees help songwriters.  They do not. They are a net negative and the fiduciary responsibility of the PROs require them to communicate this accurately to their songwriters. (And yes we will be watching.)

Third the MMA proposes a vast new bureaucracy that would less efficiently (song by song not by repertoires) duplicate what ASCAP and BMI already do.  How is it possibly more efficient to do anything twice and the second time less efficiently?  One set of licenses for the performance rights by repertoire and then song by song licenses for the mechanical licenses.  I’d love to see an economist look at the MMA/consent decree interaction.  Perhaps we can borrow one of Delrahim’s economists? After all he has explicitly stated that economic analyses will influence his consent decree decisions going forward.

With this in mind I suggest that the way forward is to simplify the Music Modernization Act.  The most contentious, expensive  (and longest) part of the Music Modernization Act is the proposed Mechanical Licensing Collective and associated database.  I have long contended you can’t create an accurate ownership database of all songs. A list of “all songs” is a dynamic list with thousands of songs being added every day.  Publishing catalogue ownership also often changes hands. However it is possible to make a list of “exceptions.”

Instead of a list of “everything” the logical approach is to make a much much smaller list of songwriters/publishers that wish to withhold streaming mechanicals from the PROs.   The Music Modernization Act could be simplified to this:

You can see my original compromise proposal here: