40 IP Law Professors wrote a letter to the US Senate opposing The Classics Act. Most of the claims in the letter have been previously debunked by Terry Hart here.   Google funded astroturf Public Knowledge has distributed the letter. This raised some eyebrows. Lowery was trying to get at least one of the 40 Law Professors to reveal who actually authored the letter.  Lowery was repeatedly stonewalled.  One of the signers Law Prof Aaron Perzanowski seemed to threaten Lowery with a defamation suit, for previously noting that Prof Perzanowski appears in the Google Academics Inc report.  Perzanowski (a lawyer) was clearly attempting to dissuade Lowery from pursuing this line of questioning.

A strategic lawsuit against public participation (SLAPP) is a lawsuit that is intended to censor, intimidate, and silence critics by burdening them with the cost of a legal defense until they abandon their criticism or opposition.[1] Such lawsuits have been made illegal in many jurisdictions on the grounds that they impede freedom of speech.

BTW Lowery eventually found other sources that report the letter was proposed and organized by Google outside counsel Mark Lemley and Stanford Prof Phillip Malone.  It’s still not clear who wrote the text.

This isn’t some petty twitter dust up. There is an important public policy concern, because the U.S Senate was presented the letter as if it was a spontaneously organized letter by a group of independent IP Law Professors. The story seems to be much more complex.  If Google did have a hand writing this letter, or encouraging it, Senate staff should be advised. 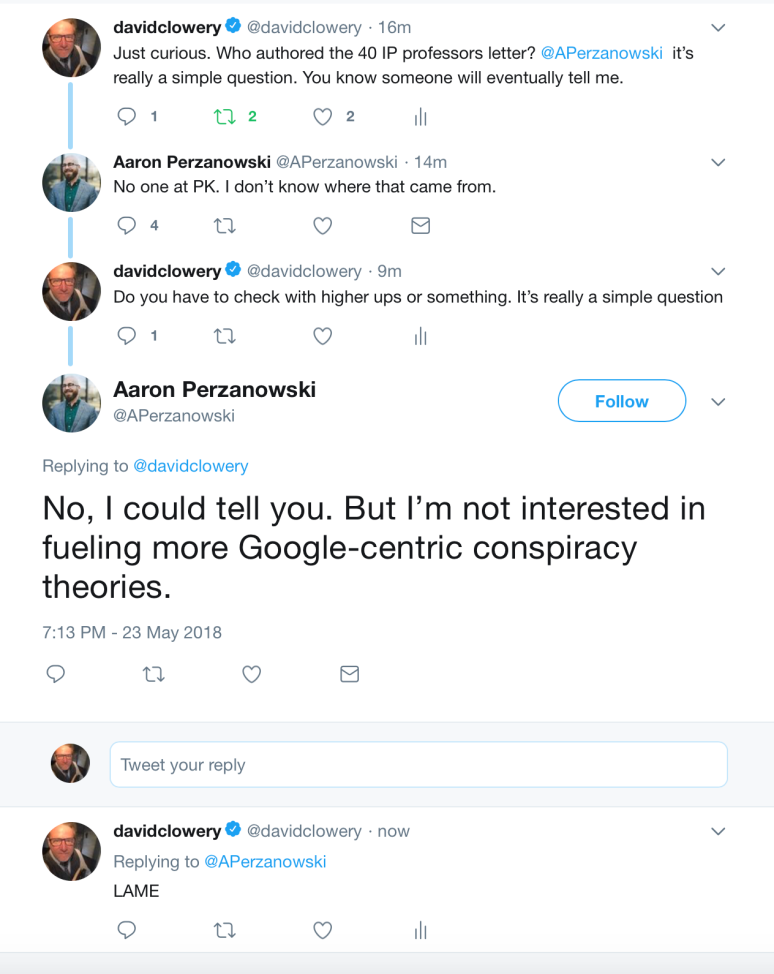 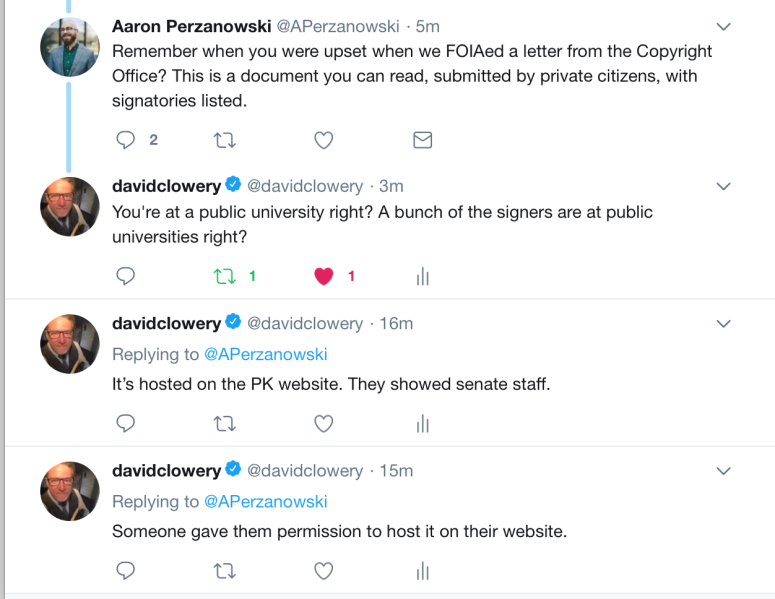 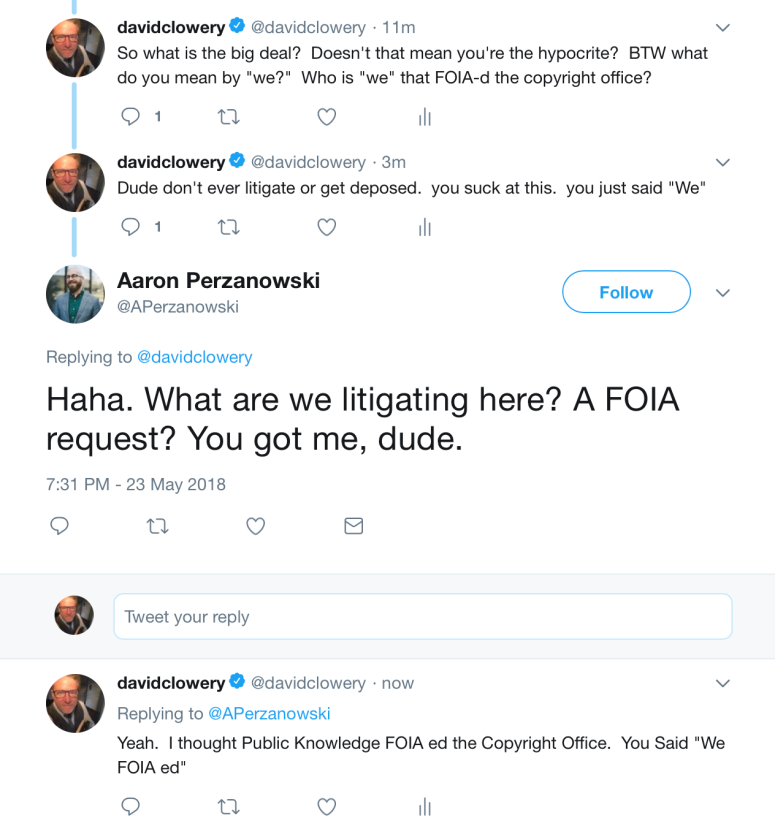 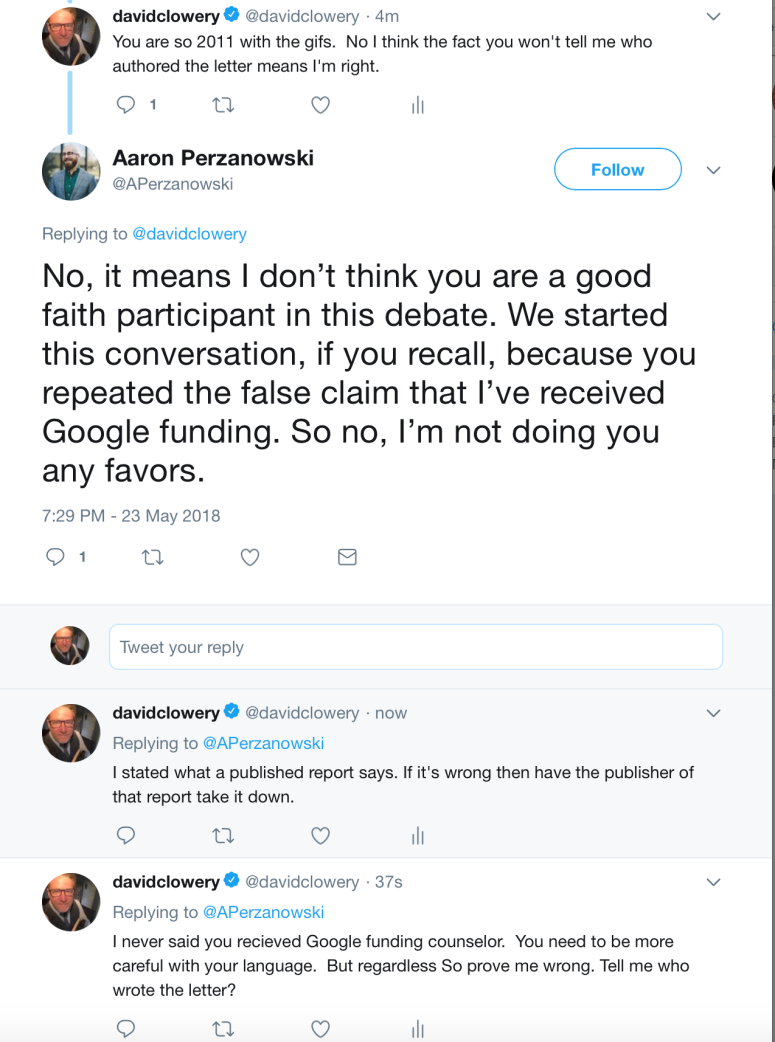 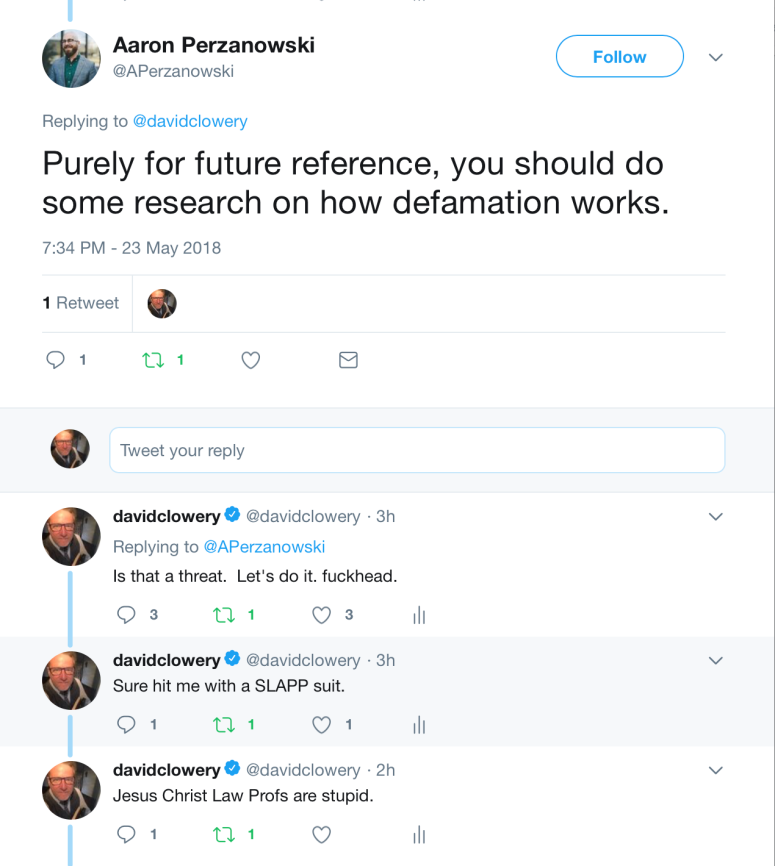