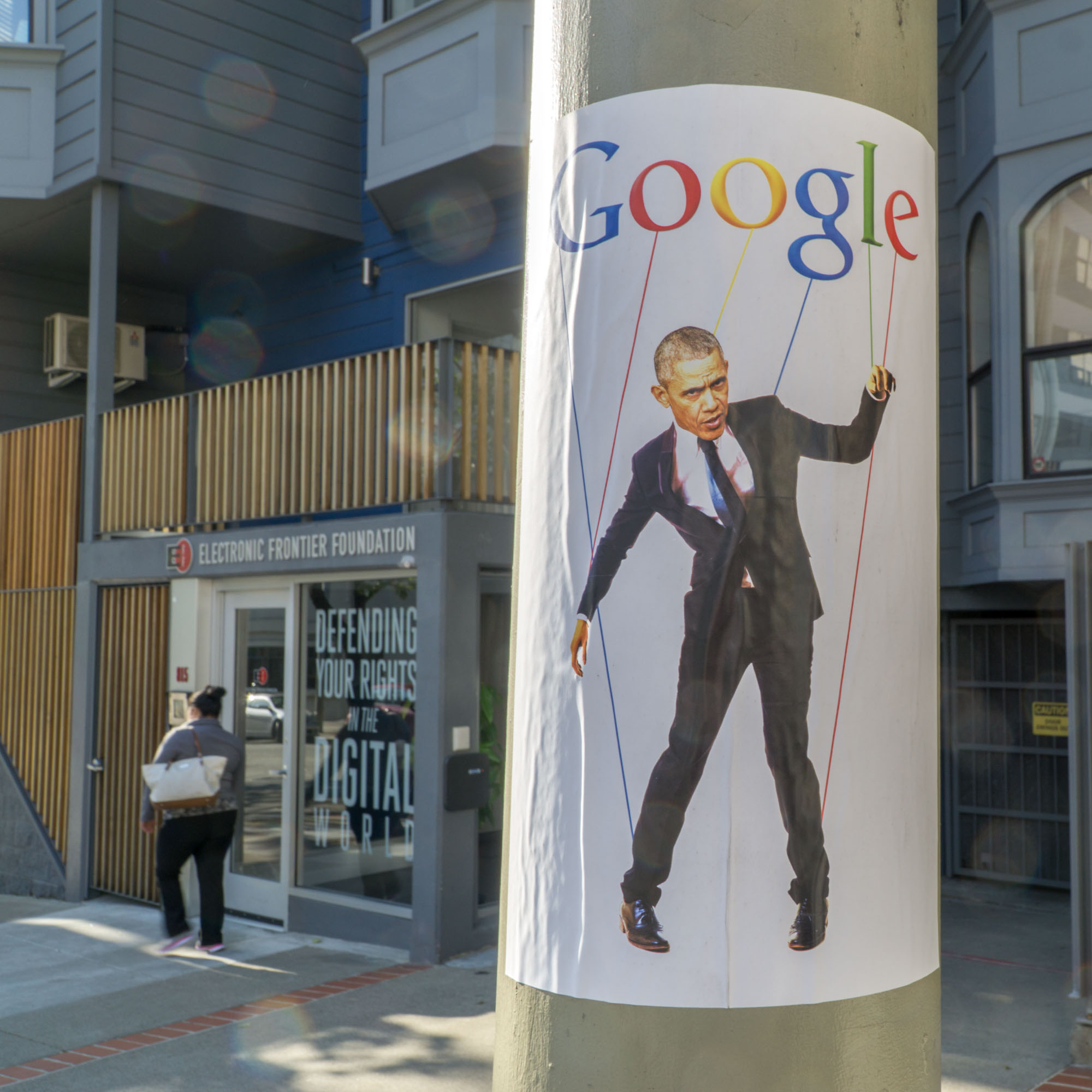 Last week we brought attention to the fact the Fight For The Future is not a grassroots organization, but in actuality a corporate and black box foundation funded astroturf group.  And a very bad one at that:

Astroturf Fight For The Future is Toast: Anti-Copyright Protest Gets 9 RSVPs On Facebook

Anti-Copyright “Fight For The Future” and their 1% Grassroots

“On May 16, art activists in San Francisco postered Google headquarters, Google Ventures, Mozilla, and other areas with satirical art showing Google to be pulling President Obama’s strings. They even postered the Electronic Freedom Foundation, which the activists say has gone along with the policies that have built the Intelligence State…”